Hungry Ball needs vitamins to survive! As this was my first published game, I channeled tons of Pac Man love. 8-bit sound effects and 8-bit reminiscent music is used to help create an 80's aesthetic. The music and sounds differ on each level and game play difficulty increases as the player advances. MAC and PC versions can be found on Itchio.

The game was made in Unity, using various C# scripts to create the interaction. The video below is a preview of the game play.

Hungry Ball is coming for you

The first scene from above. The green objects are the vitamins and the black objects cause sudden death if touched. In later stages of the game, these death cubes move towards Hungry Ball. The walls also become toxic and several other obstacles are added.

You lost, Hungry Ball is sad. I repurposed an Emotional Bagel for sad Hungry Ball. 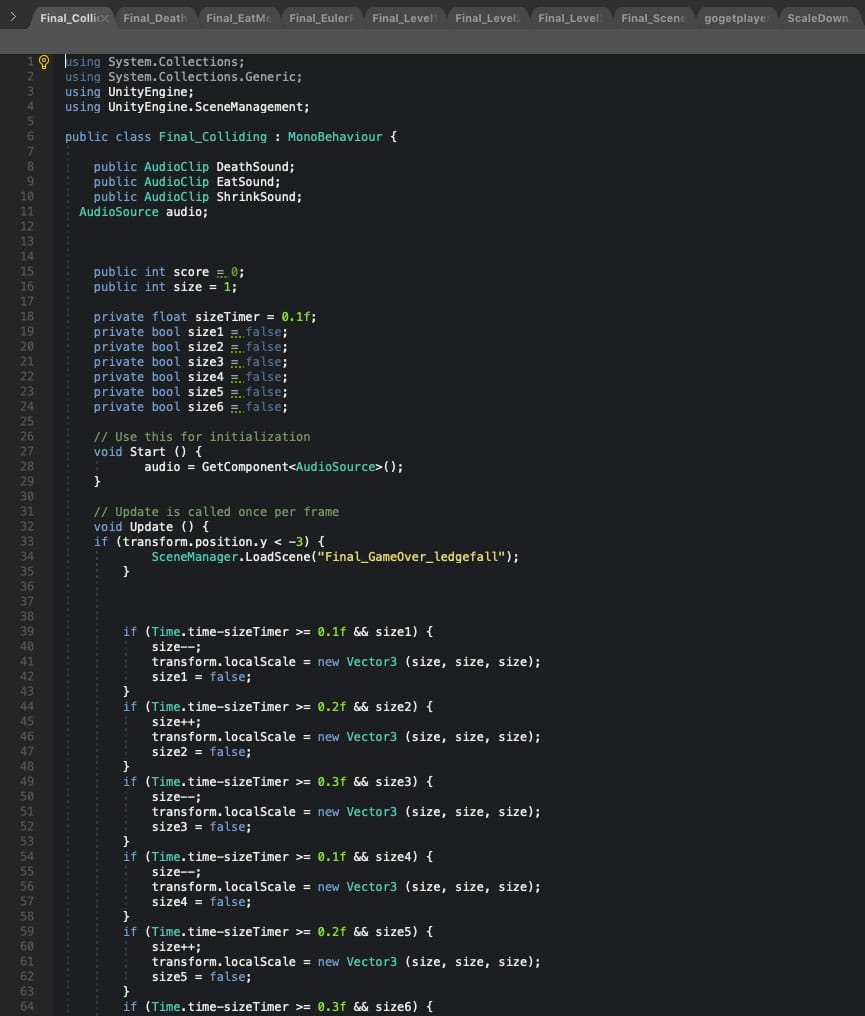 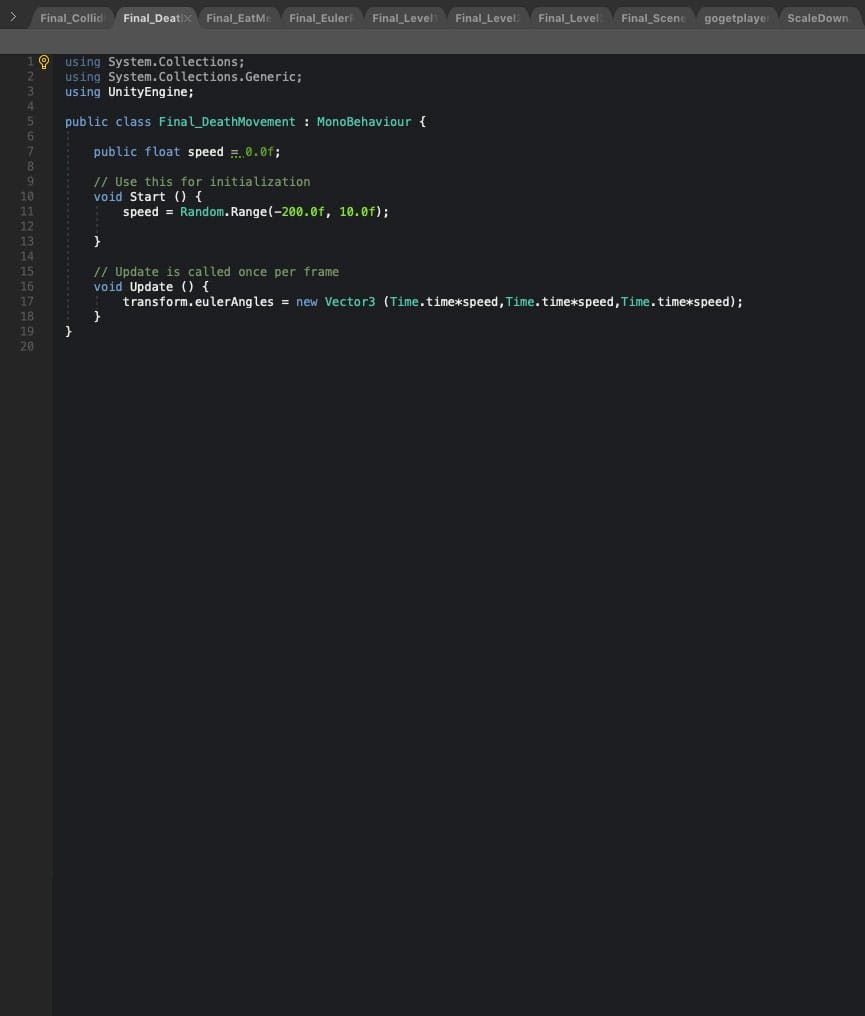 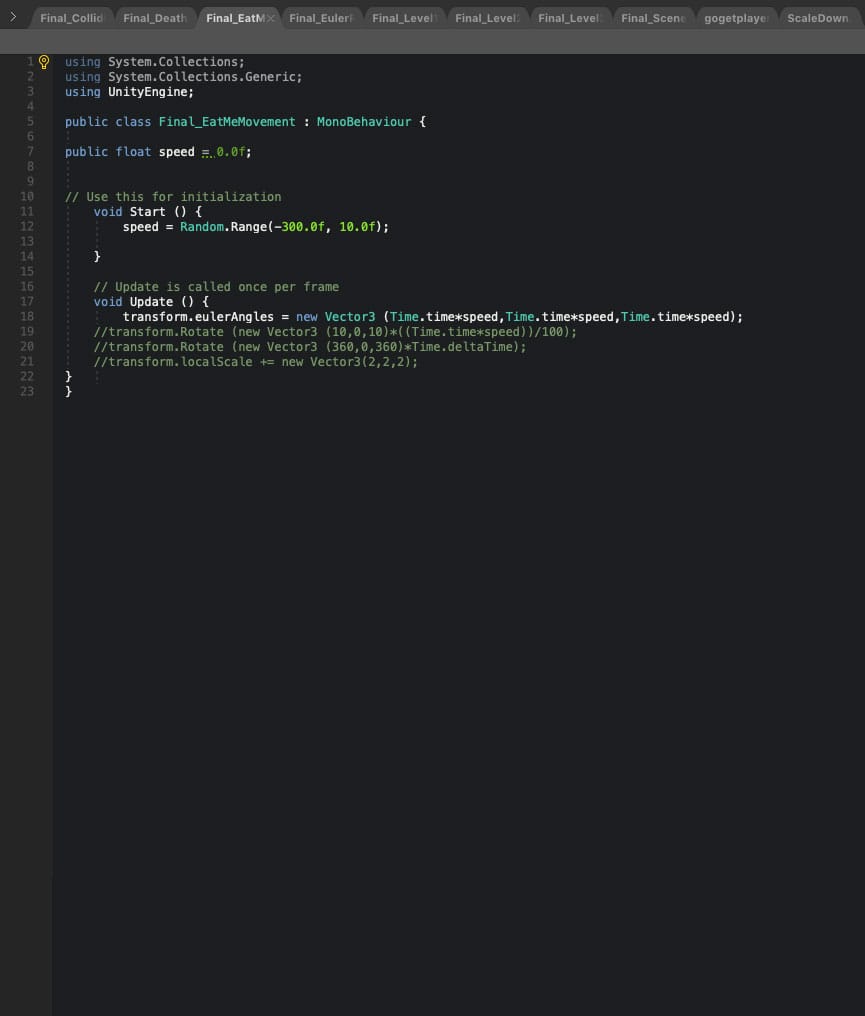 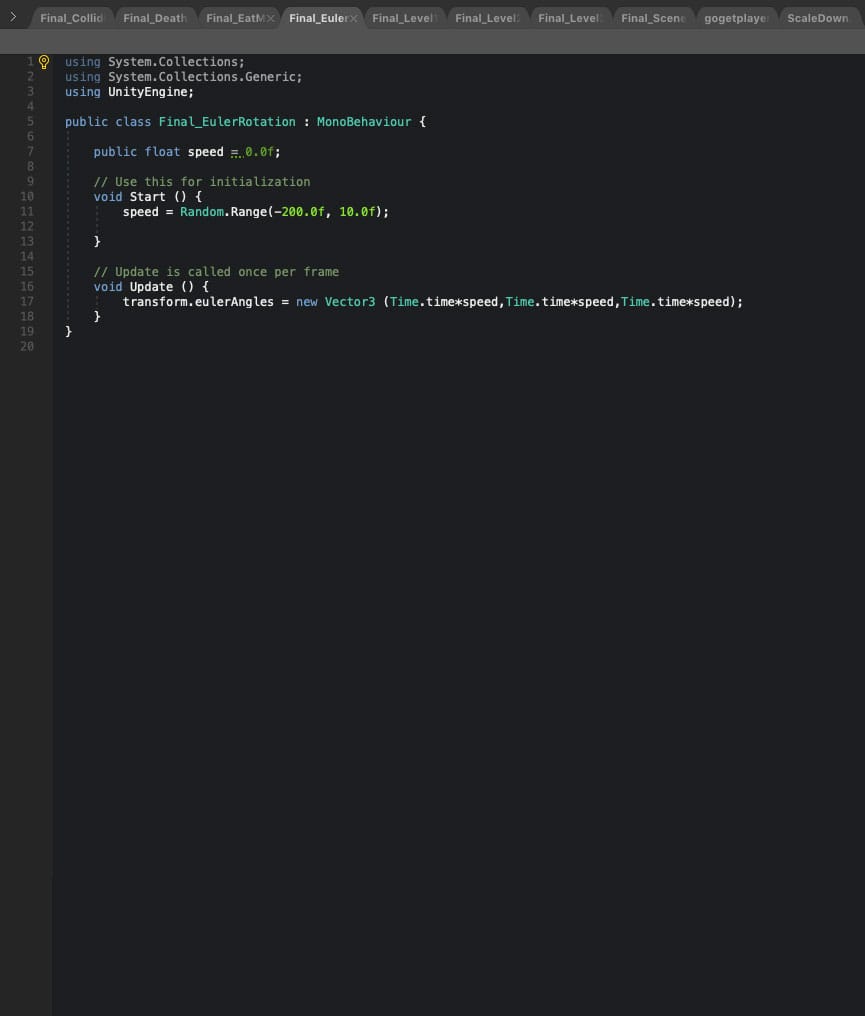 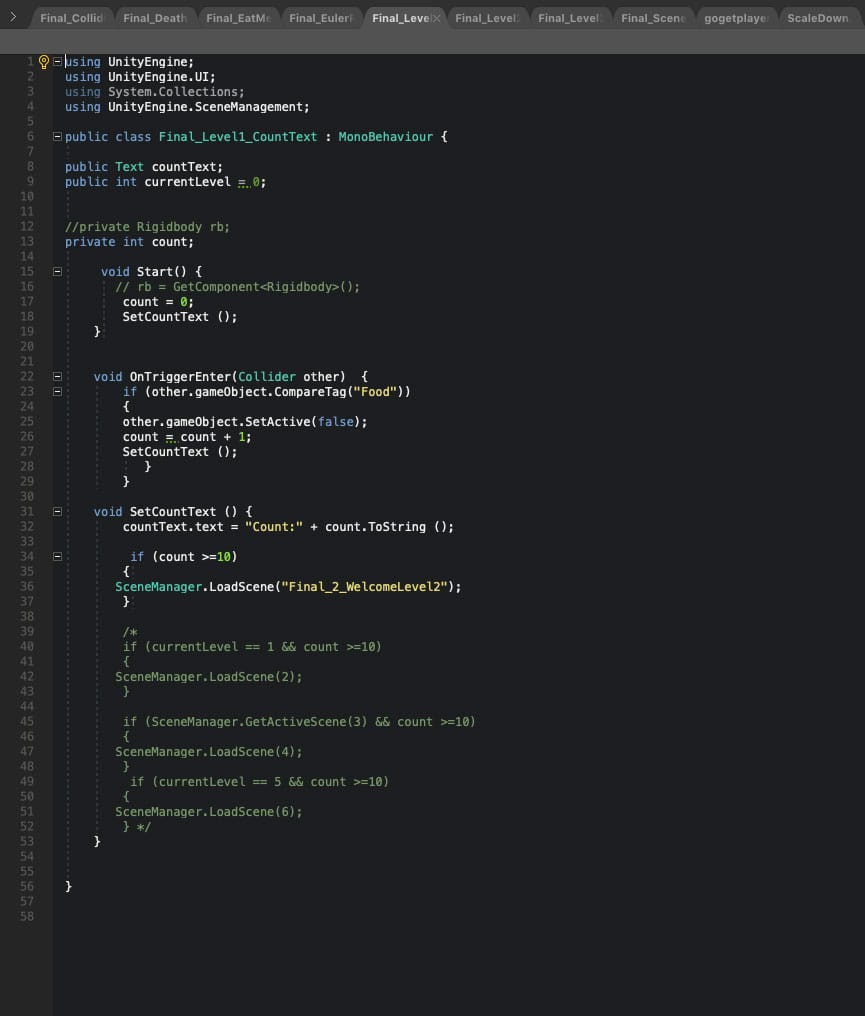 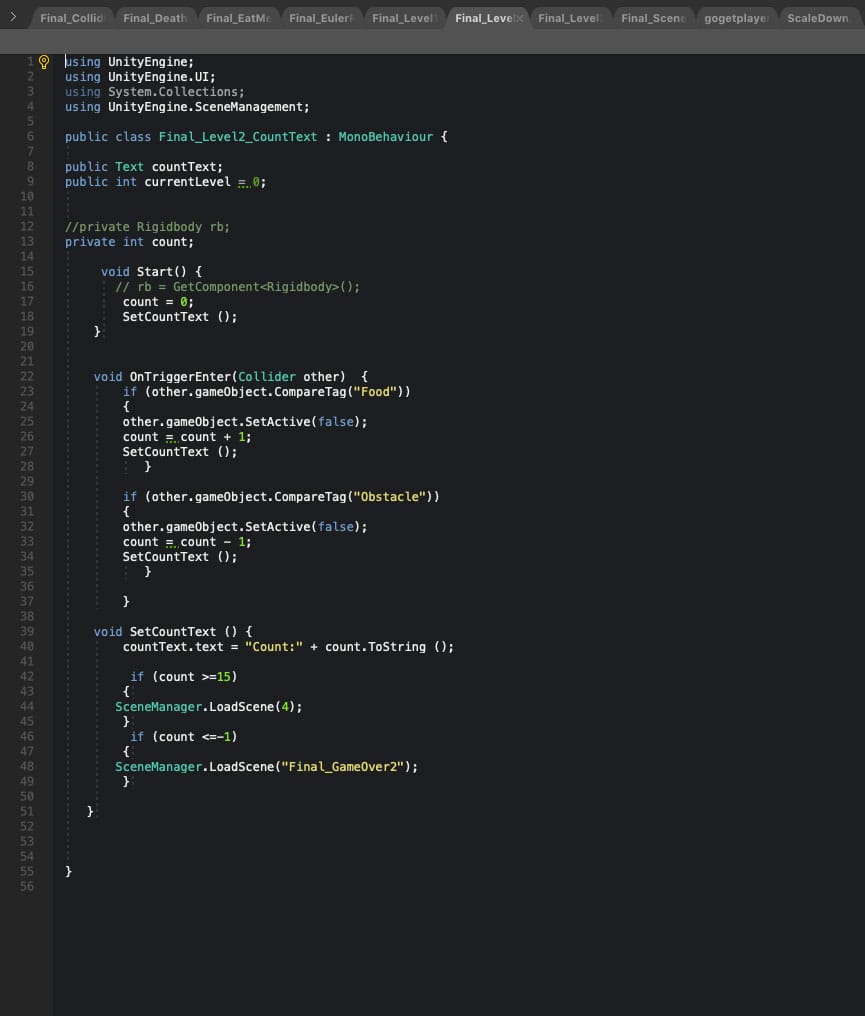 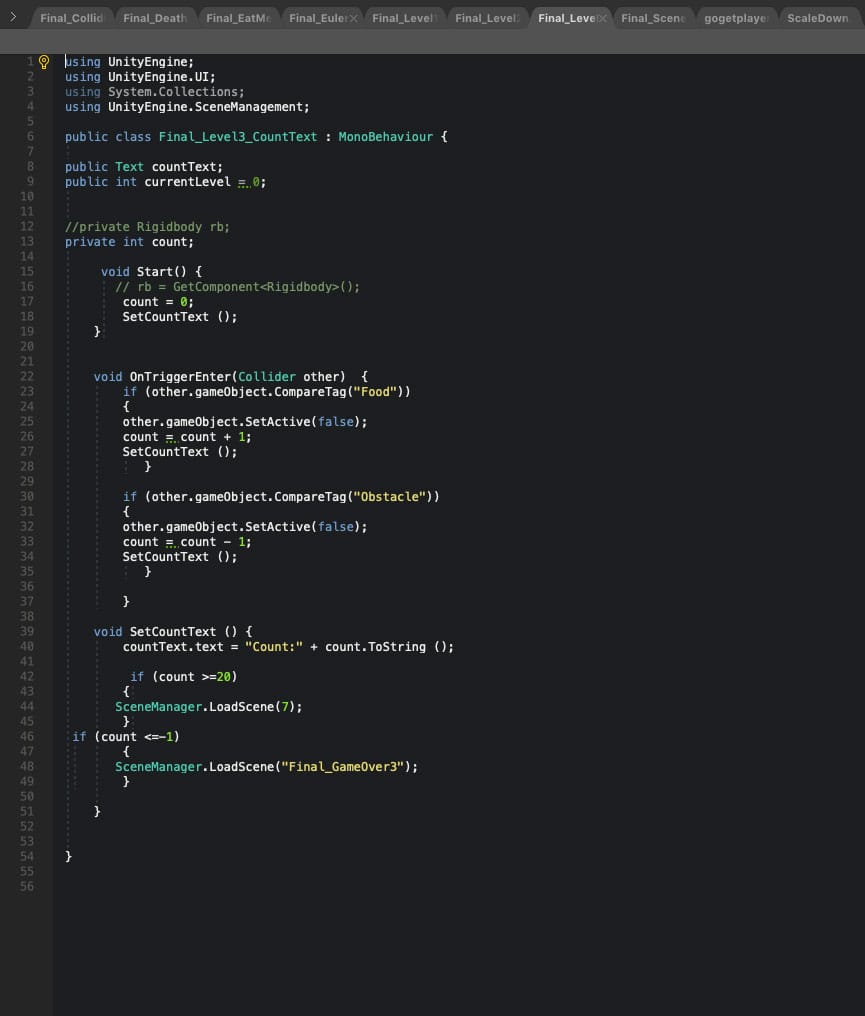 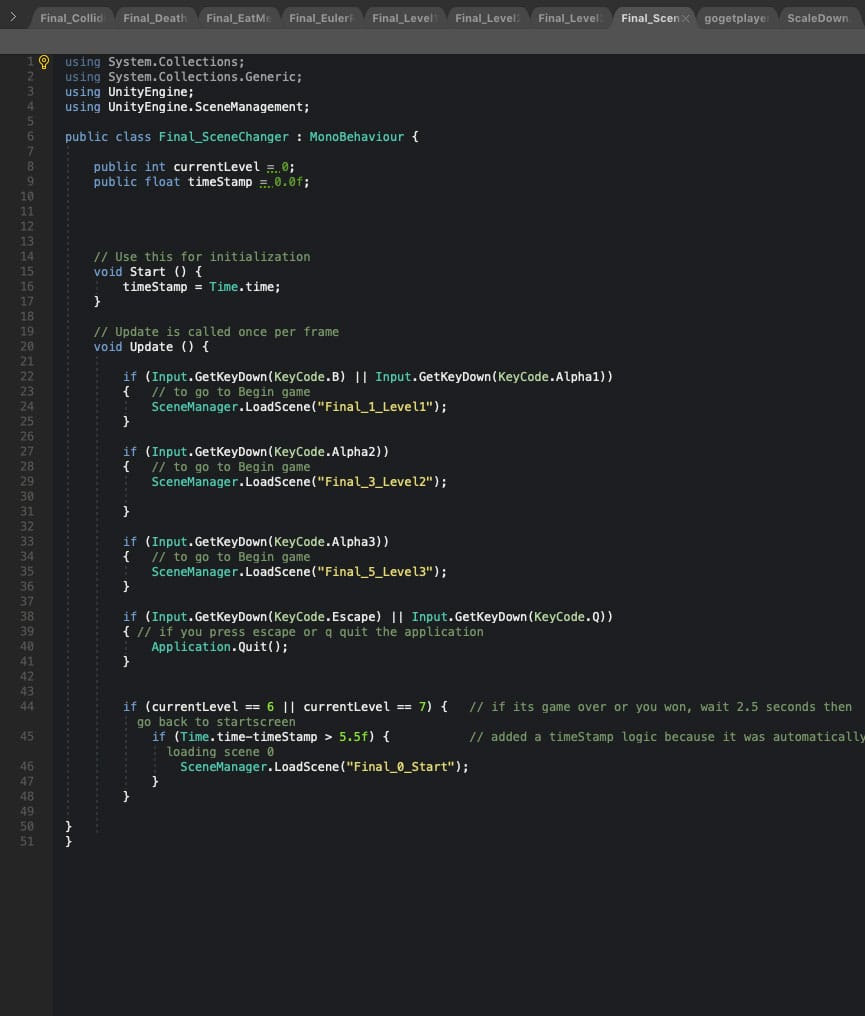 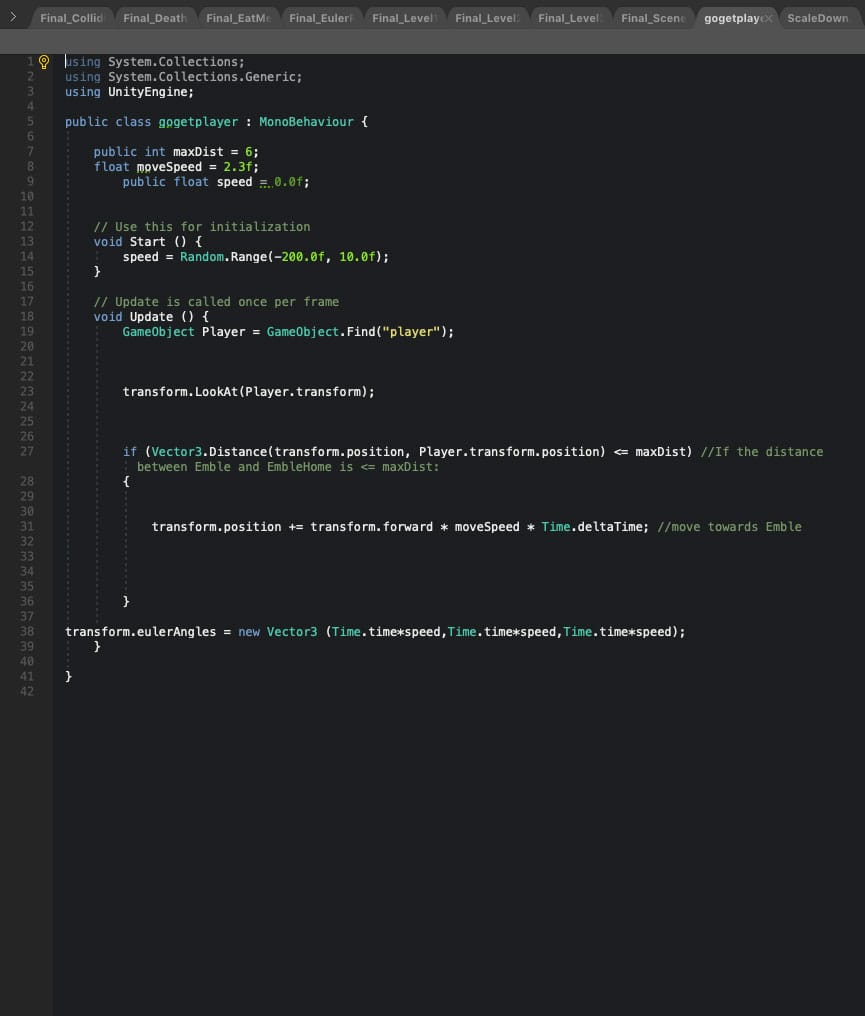 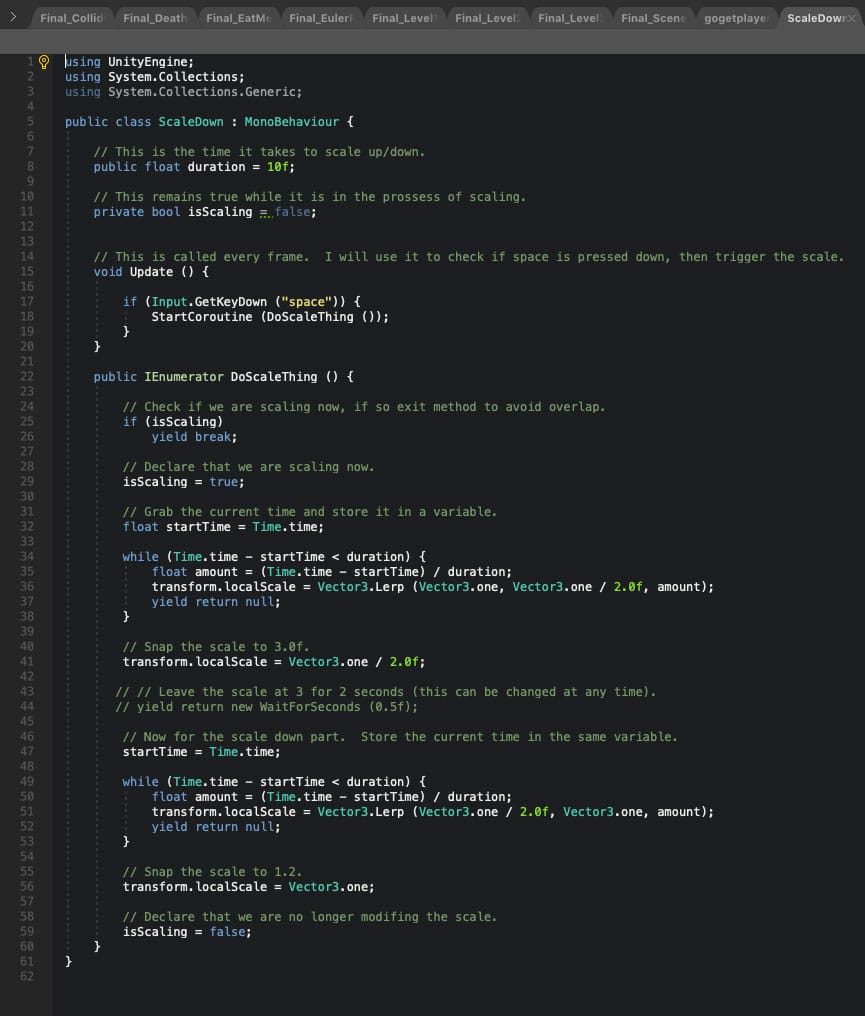